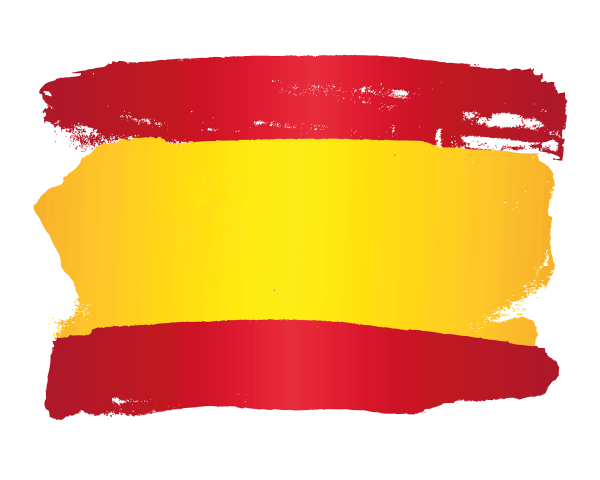 This is the very first lesson in learning the Spanish Language!
This lesson begins with simple greetings, and covers important ideas of the Spanish Language. Throughout education, methods of teaching Spanish have changed greatly. Years ago, the Spanish Language was taught simply by memory. Today, however, the Spanish Language is taught by moving slower and covering grammar and spelling rules.
Again, this is an introduction. If this is the first time you are attempting to learn Spanish, do not become discouraged if you cannot understand, pronounce, or memorize some of the things discussed here.
In addition, learning a second language requires a basic understanding of your own language. You may find, as you study Spanish, that you learn a lot about English as well. At their core, all languages share some simple components like verbs, nouns, adjectives, and plurals. English, as your first language, comes naturally to you and you don’t think about things like subject-verb agreement, verb conjugation, or usage of the various tenses; yet, you use these concepts on a daily basis.
While English is described as a very complicated language to learn, many of the distinguishing grammar structures have been simplified over the years. This is not true for many other languages. Following the grammatical conventions of Spanish will be very important, and can actually change the meaning of phrases. You’ll see what is meant by this as you learn your first verbs ser and estar.
Do not become discouraged! You can do it.

Two people – Señor González and Señora Pérez – are meeting for the first time:

Nice to meet you.

A few things to keep in mind:

Spanish has two different words that can be translated with “to be“. Ser is used more for more permanent characteristics (“Soy Luis“) whereas estar is used for more temporary or changeable conditions, such as location (“La papelera está al lado del escritorio“, “The trash can is beside the desk”) and feeling (“Estoy bien“). A good way to remember when to use “estar” is by using the rhyme, “To tell how you feel or where you are, always use the verb estar.” In future lessons we will come back to the uses of ser and estar.
Here we will look at the conjugations in the present indicative.

Spanish uses a different verb (haber) to express “there is ” and “there are“. The form of haber used for this purpose is hay, for both singular (“there is“) and plural (“there are“).

Here is the normal Spanish alphabet. However words aren’t alphabetized by it. Please read the notes and sections below. (Blue letters are a part of the normal English alphabet.)

Although the above will help you understand, proper pronunciation of Spanish consonants is a bit more complicated:
Most of the consonants are pronounced as they are in American English with these exceptions:

The pronunciation of vowels is as follows:

The “u” is always silent after “q” (as in “qué” pronounced kā).
Spanish also uses the ¨ (diaeresis) diacritic mark over the vowel u to indicate that it is pronounced separately in places where it would normally be silent. For example, in words such as vergüenza (“shame”) or pingüino (“penguin”), the u is pronounced as in the English “w” and so forms a diphthong with the following vowel: [we] and [wi] respectively. It is also used to preserve sound in stem changes and in commands.

Spanish uses the ´ (Acute) diacritic mark over vowels to indicate a vocal stress on a word that would normally be stressed on another syllable; Stress is contrastive. For example, the word ánimo is normally stressed on a, meaning “mood, spirit.” While animo is stressed on ni meaning “I cheer.” And animó is stressed on mó meaning “he cheered.”
Additionally the acute mark is used to disambiguate certain words which would otherwise be homographs. It’s used in various question word or relative pronoun pairs such as cómo (how?)& como (as), dónde(where?) & donde (where), and some other words such as tú (you) & tu (your), él (he/him) & el (the).