10 Reasons to Learn a Second Language 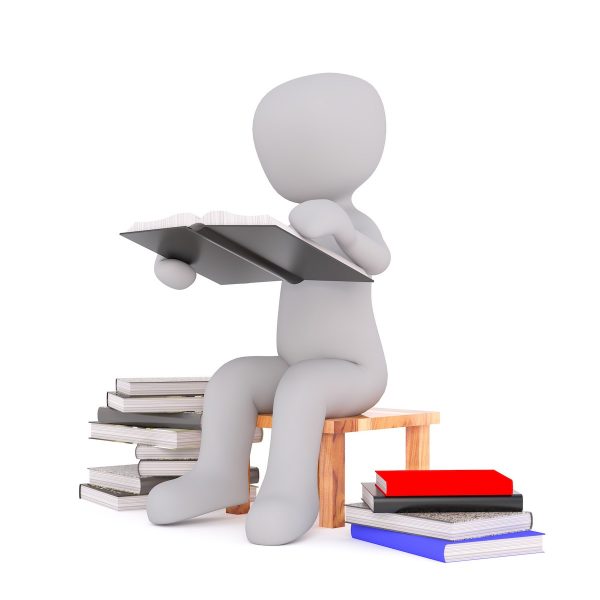 An increasing number of software applications, websites and electronic equipments are now manufactured in order to teach foreign languages. It’s becoming a booming industry, with more people than ever buying packs that promise to teach you a new language.

So what’s this excitement all about? Is there a need to learn another language? What can you get out of it? Let’s take a look at some of the positive aspects of learning a second language.

You will certainly have an edge if you know more than one language. A lot of companies and governments make it a necessity for their employees to speak a second language, and even more businesses require at least one person who is able to communicate to countries such as China, Japan, or Saudi Arabia. In officially bilingual countries such as Canada, if you can speak English and French, you will certainly have opportunities to advance within your field that might not be available to someone with only the one language.

Communication is becoming one of the most important assets to a business, in this increasingly global economy. Even if you do not end up becoming fluent in your chosen language of study, the understanding of a culture that often comes with immersing yourself into a subject can also give you an edge in the work place. Being able to breach cultural differences is a vital part of maintaining international relations, not only in business but in government, teaching and the charity sector.

So having the skill of knowing a second language can not only increase your odds on getting a job, but could advance your career in the process. Depending on your level of fluency, learning a second language might even open some career doors to you that you may not have considered before, such as working directly in translation, or becoming a language professor yourself. There is a lot more freedom to choose your own career path when you have a desired skill set such as this.

#2 Travelling To Other Countries

Visiting a foreign country can be exciting, but can also be frustrating. You want to dive into the culture, but you’re not quite sure what you’re doing, what the rules of politeness are, or even how to ask for something. It’s an unfortunate fact that most of us will do little more than buy a phrasebook at the airport, become irritated when we can’t get the pronunciation, and abandon the endeavor. Learning a language, even just a few key phrases correctly, is immeasurable in increasing the enjoyment of travelling abroad.

Not only is there a sense of accomplishment from successfully interacting with another person in a strange land, but local people will see you at least attempting to communicate with them and respect their country enough to try to speak the language, and most likely warm to you as a result. Even though there are plenty of people that will speak English in the larger cities around the world, don’t let this be an excuse for laziness on your part!

While this can have very much to do with finding work, as was mentioned previously, the fact remains that if you have your own business, building global relationships is probably one of the most vital aspects you can engage in.

The world at present is a medley of languages and cultures, with many countries struggling to maintain their own national identity under the weight of English being spoken nearly everywhere, and many countries adopting a Western method of dress and work ethic. By speaking the language of a country, you can not only help to bridge the gap between cultures, but help to show your respect for their heritage simultaneously.

So you’ve travelled, become successful within your career, or perhaps started a family. Perhaps this is the right time to attempt a fresh challenge. Often, with age, wisdom or experience, when people feel that they have accomplished all that they set out to achieve, they can become stagnant in their own lives. Learning a language is certainly an impressive intellectual achievement, and one with a clear goal to work towards.

If you are looking for something satisfying and challenging, studying another language is among the greatest intellectual achievements that a person can have on a personal level. It is like solving a complicated puzzle, only at the end of learning you don’t just have a completed puzzle, you have a skill that will last you a lifetime.

The speed at which you take your learning is entirely up to you. From night classes to courses you can buy to study at home, the learning procedure While it certainly is a difficult road, often anything worth doing is something that will test your cognitive, physical or intellectual measure. The satisfaction gained from being able to speak to someone in their own language is incalculable.

#5 Understanding Your Own Language

Learning a new language also helps to keep your mind sharp, as you will obviously have to focus on learning an entirely new set of words, but you also have to rediscover your first language.

It’s an aspect of learning another language that most people do not think much about, but studying another language does provide you with a much enhanced understanding of English. Familiarity with English grammar, verb tenses, vocabulary and sentence creation is often much improved when you start to engage with another language.

#6 Finding The Root Of Your Language

This is perhaps a positive point aimed for more scholarly people, but when you begin to learn a language you will start to see that there are similarities between it and your own. This is the case for the majority of languages. Historical factors such as invasion, war, and the marriages of royalty have brought two cultures together, and the languages that they each used have been altered by the other.
English, for example, is greatly composed of Old German, Old French, Greek and Latin as well as, albeit to a lesser degree, many other cultures. By engaging with another language, you can perhaps start to examine the origins of your own words. Learning a second language can be a fascinating history lesson.

Art works, such as novels, poetry or plays, frequently cannot be admired, or even understood to their full extent, when translated from their original language. This is particularly apparent when reading translations of poetry. Poems are so heavily constructed within their native language, that it is inevitable that some, perhaps all of the meaning is lost in the translation.

For example, in a play or book, if one wishes to announce that they are hungry, it is most likely that the character is hungry. There may be subtle nuances of meaning involved, but due to the nature of the work, it is unlikely to signify much more than that. Within poetry, however, due to the restrictions of space and therefore language, every word is chosen deliberately and carefully in order to create a complete idea.

Even the form of the poem is distorted when it is translated, because most languages cannot translate directly. Other words and phrases must be substituted, which can dramatically alter the art work. It’s like watching a film with subtitles; you know that you’re not getting the whole message of the piece, because the words are cut down to their simplest meaning. Being able to understand the original language along with its delicate subtleties and tones will allow the reader a higher appreciation of the creator of the work.

#8 To Refresh Your Intellect

Adults can take advantage from the brain motivation generated by language training. Language learning can help an individual to become more resourceful and creative when encountering complicated problem solving.

Studying another language to fluency necessitates memorizing and comprehending many thousands of fresh words and ideas, which presents your intellect with a great training for future instances where memorizing is highly needed. After learning a foreign language, you can apply those learning skills to other situations such as information absorption for taking examinations.

Through studying a second language, the brain is stimulated not only within the spectrum of the language itself, but in many other parts of the brain. Seniors who deal with foreign language demonstrate enhanced brain function for many years after a complex cognitive process such as learning another language. Likewise, students who study foreign languages in their childhood years are not only equipped with the language skills for the rest of the lives, but can develop in creative and organizational ways as well.

There is some fascinating divergence in the way that different languages approach certain subjects. For example, English is among the few languages that mentions “creating” money. In a majority of the languages, the verb applied is “to take” or “to gain” or “to get”. These influence the approaches that people can take in regards to money, and give you a little more insight into cultural understanding.

In Spanish, you do not say that you are thirsty, cold or afraid, for example. “I am afraid” becomes literally “I have fear” or in the Spanish “yo tengo miedo”. The way that an individual understands emotions and relates to them internally can be a vital part of understanding not only the individual themselves but their entire culture. This can be so important in figuring out how to approach a person or business, not only in your personal life but in business as well.

#10 Improved Understanding Through A Language

Through learning a second (or third or fourth!) language, you attain not just the ability to converse and communicate in that language, but you will be possessed with the capability to comprehend other things more efficiently. For example, the German term “zeitgeist”, which is the prospective and taste of a generation or period, is a great word to use for this specific situation, and is also in relatively common use around the world. By learning a new language, you can open your mind up to a new way of thinking and understanding.

4 thoughts on “Why Learn”