This is a truly interesting audio-only course on the foreign language learning market today. You will learn your chosen language without games, videos or interactive experiences via a computer, and become part of a virtual class of three students. Your fellow students speak through the program along with the tutor, giving you a potentially fuller sense of genuine immersion than those programs which are essentially glorified point-and-click flashcard games.

The program consists of audio and a full transcript booklet. And that’s basically it. Ordinarily, this would be a cause to complain, but the content here is just fantastic on its own. 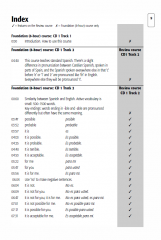 The audio is of an excellent quality, and for most packages, you’ll find that they come in a handy little black case. Not that you’ll be wanting to use these outside much, as they do require a bit more feedback than usual from the actual student, but the neatness of it is pretty appealing.

The transcript booklet is the full course, which makes it incredibly easy to follow exactly what everyone is saying, not just the tutor. Still, there are no pen and paper exercises to complete, which might be exactly what you are looking for in a course, or it might be a little too alien from however you’ve previously learned in the past.

The course seems to be a relatively short one, clocking in at around eight hours for the foundation course and two hours for the advanced course, but you really can’t let that fool you. You will probably need to go through each lesson at least twice, or at least make extensive use of the pause button. 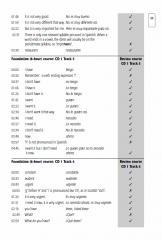 This is the beauty of this program; it can be as slow or fast as you like, and there is certainly a strong sense of each of the lessons connecting in some way, usually through the grammar, with a lesson in the future. This basically means that you might start off slowly, but you will certainly pick up the pace of lessons as you progress through the course.

You don’t need a computer to learn this course, which might be a definite positive for some people. I know that when I am trying to sit down and learn something as complex as an entirely new language, when sitting at my computer desk, there are just so many distractions. This course can force you to take the time out and really pay attention to it.

It’s not something you can just let wash over you, you really need to be focusing clearly in order to take anything in, because without the use of the pause button, you might find that everything is going a little quickly. Again, that’s not to say that the lessons go too fast, just that you very much will need to give them your full attention, and what better way to do that than to step away from the computer.

You take your virtual lessons along with a British male and an American female, who you can also hear on the audio. The Brit ends up consistently lagging behind, while the American seemed to be around the same pace as I was. A lot of students seem to have trouble getting along with the slower British guy, as he really can hold up the class, for want of a better phrase. Still, as the lessons progress, he doesn’t feature in them quite so much, and personally I think that it is an excellent idea to have mixed abilities feature in the audio.

Whether you progress at the same rate as the man, woman, or find yourself doing better than either of them, it’s very helpful in making you feel like you’re in a real learning environment, which of course you are, but a more everyday one. 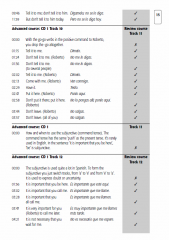 The really fantastic thing about having other voices to listen to, the voices of students who are learning the same as you are, is that you can close your eyes and it really does feel like you’re in a classroom, because of the natural manner with which everyone is talking to. It might sound odd, but you really do forget sometimes that they can’t hear you on the other end!

There’s a small point to make here, and it certainly won’t be applicable to everyone, but it can be a little strange at first to be sitting and talking so much to yourself. This course requires a lot more input from you than from others, so you will definitely need to find yourself a quiet little working space to do this, if you don’t want to feel silly, or in my case annoyed with interruptions! It’s not really the sort of course you can listen to in public, which might be something to consider if you’re picking a language course up to do on the plane while you travel, for example.

The Michel Thomas program insists that you don’t need to take notes, write in a workbook, and if possible, try to keep yourself from memorizing as opposed to learning the language. It’s a really fascinating way to go about the course, but basically what it comes down to is that you have to focus yourself a great deal on the words and phrases that are being spoken by Michel and his two other students. It might seem frustrating at first, when it seems like you just aren’t remembering anything, but if you stick with it, the language is sure to sink in. 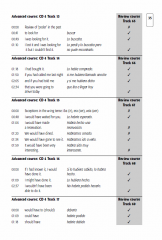 An interesting point to note, if this is the sort of thing that might bother you, is that Michel himself is for the most part not a native speaker for the courses that he is teaching. Still, his accents are excellent, and he always stresses the correct syllable, etc. It really isn’t something that should worry you, but it might come a little out of the blue if you aren’t expecting it.

There is a strong focus on “doing” words, or verbs, and here is where the program really shines. It is absolutely spot-on with the grammar aspect of learning language. Some programs skip over these vitally important parts of language, when you really will need them if you ever want to become fluent.

Essentially, what this course teaches you to do is to break down sentences and language into the core segments of what it is trying to convey, and then putting it back together again in a way that students can understand it.

This is just the best way to teach language; in a way that inspires the student to keep on learning, because they are making the language their own. And that really is the best thing about this course. It gives you the confidence in what you are saying and learning enough to really start to understand the language.

This is one of the best things about this course. It is incredibly good value. Admittedly, it isn’t as flashy as some that you might encounter, and it certainly doesn’t have that multimedia aspect that is so popular nowadays, but it is an excellent learning tool. 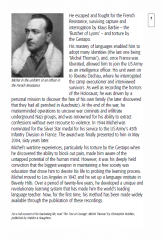 With the focus being solely on audio instead of trying to do too much with the budget, Michel Thomas have opted to really give this aspect of learning their full attention.

This is clear from the quality from the lessons as well; you can see that the majority of the content comes from experience in taking lessons. The mistakes made by the other two “pupils” are sometimes obvious and sometimes a little obtuse, but it’s still reassuringly as though there are other pupils actually there with you.

If you know you are one of those people who need to learn with a variety of different methods, then this course is not right for you. It’s similarly not very useful for children, as it requires you to sit somewhere and pay attention to the audio for a really long time.

This can be great for adults sitting in the car on their way to work, or for those who have a quiet space to sit and learn, but I’m not sure that this is the easiest course for children to work on. Still, for an adult with a relatively good attention span, there aren’t many other solely audio programs that are better than this, and certainly not within this price bracket.

There might be better programs that offer you a wide range of how you want to learn, but the Michel Thomas package is by far the best audio-only on the market, so if you know that you can learn well by listening and using your imagination, then I would certainly recommend this package for you. 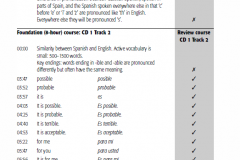 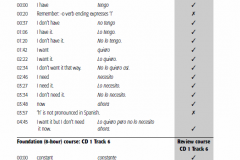 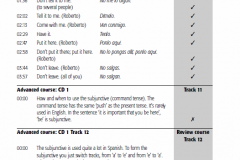 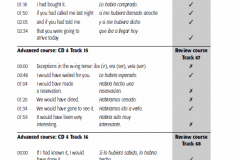 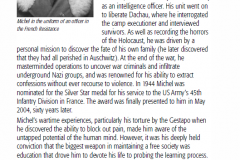 I’ve got a lot of language learning packages to compare and started to get amazed about the price of MT’s packages and its efficiency. Its like you learn the mistakes as well. So it is not efficient and the price is high.
The best package for me is pimsleur.

I am an advanced Spanish speaker but I wanted to try and correct some of my mistakes and “fill holes”. I tried Michel Thomas’ audio course and have to say that I after the first five minutes I couldn’t bear to listen to any more. Thomas’ pronunciation is dreadful – he makes Spanish sound like Italian – and he encourages his students to imitate these mistakes. Not being a native speaker himself is a definite disadvantage, and the entire course in my opinion is flawed. It may serve as a useful tool for beginners, but at advanced level you would expect to be presented with something much more authentic and challenging. Thomas is attempting to teach a level of Spanish he clearly does not have himself!

John Bentley
Rated 4 out of 5

My computer had troubles reading a CD of Level 2, so I have sent an email to the support and got a reply after only 2 hours telling me they will send me a new CD without any further questions. 2 days later the CD was in my mailbox and is working flawlessly. I wish more companies would offer such a fast and friendly reply as this company. Two thumbs up for the product and the support!

DeMarcus
Rated 3 out of 5

I’ve heard many great things about this course. I’m currently using the “Masterclass” German course. For me, it’s just TOO simple.
I’ve used everything from Schaum’s Grammar to this… why can’t there by something in the middle?
The most irritating thing about this course is that Michel doesn’t have a German accent. He’s a Pole, speaking in accented English, teaching German. It just doesn’t do it for me… 🙁

I have used different Spanish language programs like Rosetta Stone, but I found that I should have stumbled first with Michael Thomas’ beginners course.
As of now, I am able to sue it on a daily basis, particularly when I am riding the car. It is very useful that I am able to play it, and then pause after the questions have been asked and I will respond. The pause feature is the technique and the whole approach is simple to follow and I am really surprised at how rapid I am able to understand complicated sentences.
Ample vocabulary is initiated along the way. I still apply other language programs, but this one is more motivating and fun.