Rosetta Stone courses are some of the most talked about within the field and it’s really not hard to see why. Many other language courses have tried to emulate the innovative methods that they use, and have failed.

The practical fact of the matter is that Rosetta Stone programs are in their own league, using what they call the “total immersion” approach. Unlike other courses and programs that attempt to re-create this with a sea of indistinguishable phrases and confusing layouts, this program relies primarily on using the connections that your brain makes between pictures and words to its advantage.

As you might expect, the Rosetta Stone packages come with a lot of additional extras. Well, for that price, they’d better! As well as the accompanying audio CDs, there is also a USB headset with a microphone. The best language courses use vocal recognition software, so to have the package come complete with a headset is really just very useful. The headset itself comes with a fancy array of settings, so you can set the sound and reception to however you speak. 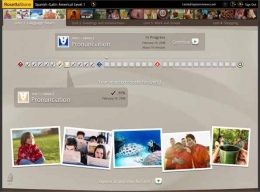 Similarly good, the vocal recognition is not bad, and picks up on subtle mistakes that other pieces of software might have missed.

Still, again considering the cost, one would really expect absolutely flawless equipment and software, and while everything is very intuitive and easy to use, certain parts of the vocal recognition software just aren’t as precise as they might be.

There are three Levels to each language taught by Rosetta Stone, and each Level contains four lessons. Within these lessons there are several units. The layout of the course is so tightly structured that it really helps you to keep on task with what could be the difficult job of trying to learn a language without a real teacher. And yet, despite the layout being so strict, because of the style of teaching there really is a strong interconnectedness to the whole method of learning.

Because Rosetta Stone really is geared up to utilize the way we learn as children, it is no surprise that this is a very effective study aid for those who are younger. A bit of an expensive study aid, perhaps, but if you want your child to become fluent in more than one language, then this is certainly the program to choose. However, as an adult, it is much more difficult to say whether this program will be of any use to you or not. 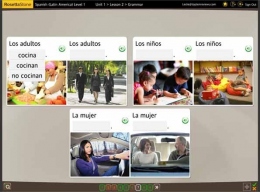 There is the argument that Rosetta Stone programs are just glorified flashcards, and to an extent that is absolutely true. That is not to say that it doesn’t work, however. You look at the pictures and through your logical. It certainly is hard to jump into, but has the added bonus of the fact that the more lessons you do, the more you feel you are picking up and not just in an informational sense, but in the sense of really beginning to understand how the language works.

However, if you are one of those people who needs to know the science behind something, then this isn’t the course for you. Written words are avoided at all costs, with Rosetta Stone programs relying on a series of games, flashcards and exercises that all follow the same theme: match up the picture with the spoken words.

Grammar is not given any importance whatsoever, beyond you figuring it out for yourself. You are supposed to be able to learn to associate what you say with what is in front of you, linking the image in your mind with the correct pronunciation of the object.

This has some obvious drawbacks, such as it not always being clear what the pictures are trying to show. You can be looking at a picture of a red ball for ages, and not realize that what you’re supposed to be focusing on are the children, or the kind of game that they’re playing. A simple solution to this is to have a dictionary with you while you are learning, so you can run through the possible answers, but for the amount you’re paying for this course, it’s the sort of thing you really shouldn’t have to do. 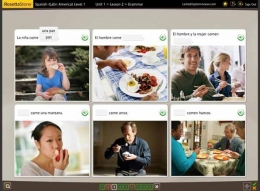 There are no explanations for the pictures themselves, and no external information that helps you to understand any of the potentially more complex grammar aspects of learning a language.

Still, overall, the pace of the lessons is excellent, with a lot of re-capping previous points and making sure that you understand the right lessons that have been taught. It’s pretty focused on vocabulary as well, and you can really start to feel that having an effect on the way that you think about the language, even if you won’t be able to form complex sentences yourself by the end of the course. It certainly isn’t the kind of course that you pick up for a few weeks before you go on holiday; it is definitely the kind of program that you buy if you want to really immerse yourself in a language, and plan on using it in the long term.

And here is the major flaw with Rosetta Stone. Yes, you can find countless positive (and negative) testimonies for this program, but the fact of the matter is that this is probably going to be a way of studying that you simply haven’t encountered before. It is not particularly familiar, and it certainly isn’t something that you can just dive right into. 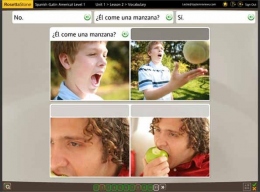 You need to shift around the way that that you think about language in order to even get the concept of the way this course is presented into your head, and as such, it may be a colossal waste of money. It is the most expensive at-home course that one can purchase for this kind of language learning, and costs hundreds of dollars, even with sale prices.

While it is absolutely worth it if you are the sort of person for whom this kind of learning can work, I definitely advise trying it out before you buy. Their website sometimes offers trial periods to use the software, or perhaps you know a friend who has purchased from them. Either way, by hook or by crook, you should trial run the software first, because if it turns out that you have difficulty in receiving information in this way, then there still isn’t an alternative in the programming.

You learn it with pictures or you can’t learn at all. Amazon often knock a couple of hundred off this course, and you can get a very reasonable discount if you buy second hand. 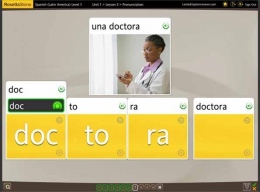 The good thing about a love it/hate it course is that there are plenty of high quality second hand packages to buy, because some people really don’t get on with it and just want to sell it on.

An additional point to make about cost is that you can buy the levels of tuition together or separately. It’s a very good idea to figure out how far you want to take the language before you buy, perhaps with a much cheaper course to start with, because you could end up paying up to $350.00 extra for all three levels of the course if you buy them separately.

You don’t want to start learning after paying for all three levels, then realize you don’t want to learn this language, and likewise, you don’t want to end up paying for Level One and wish you’d opted for the full package. For the cost, I really feel it should be working for the majority of cases, which considering other feedback, I’m not sure it does.

Make no mistake; if Rosetta Stone works for you, it’s going to work absolutely fantastically. The problem lies in the fact that this sort of learning just doesn’t appeal to everyone, and not everyone can use this method of learning to their advantage. It relies solely on the way that we learn language as children, so it’s not hard to see that the obvious drawback to the program as a whole is that most of the people purchasing this are not going to be children.

The way we learn as children is completely different to the way we learn as adults, and for most of us, that’s simply because we cannot process information in the same open-minded absorbent way that we do as children. We have already learned a language, and to most of us it will make no sense to start from the beginning without putting some of the already learned skill of a first language like English to better use by using it to help us learn a second.

This is why I would not necessarily recommend this package to everyone; it is so very specific in design that if you even feel a little like this is not going to work for you, then it probably won’t. And it’s a heck of a lot of money to spend on seeing whether it’s for you or not. Still, if you can get your head around the concept of learning in this manner, then Rosetta Stone courses will be fantastic for you. 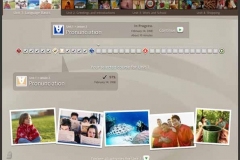 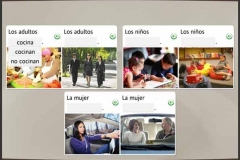 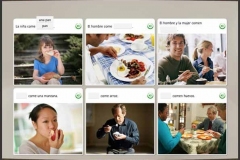 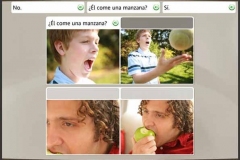 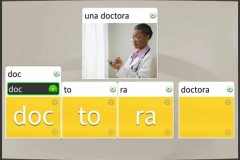 While I appreciate the feature of speech recognition and it only functions slightly well with Mac, the entire application leaves some matters to be adored when it talks about the real efficiency in understanding French.
Except that during your childhood, you have been immersed already in the French environment 24/7, immersion as a sole technique is not as efficient as enhancing your skills of English language to study French. Even though I have learned some things with this course, I still felt discontented with Rosetta Stone.
I settled on taking a French course at the local community college and that was the time that I clearly realized how much more efficient it would be to be in a real classroom. Basically there are just several rules and idiosyncrasies in French language that is not instructed in RS. Having a professor explaining you things such as in a classroom setup or through the great Fluenz language program create a more effective method of learning.
This is not to mention that RS is impractical. I strongly believe that RS is efficient but only as a complement to a classroom setup or program which really instructs you the techniques in English.

HI I use Rosetta Stone Spanish for my school.
I really like it a lot,
it is much better that the old Spanish I used to do, it was nothing like this and it was very confusing.
I am not very far in it yet but it is working fine.
I would recommend it to anyone who is interested in getting it.
You can also have it in more than one computer and you don’t have to
have the disc in while you use it, which is great.
It only comes with 1 pair of headphones so if your going to put it on
more than one computer, and will be doing it at the same time
you might want to get another set of headphones.
I hope this was helpful to you.
Have fun with Rosetta Stone!