Pimsleur is almost entirely an audio-based learning experience, with a handful of short reading lessons to accompany the main part of the course. Developed by Paul Pimsleur, this language learning course is based on four central ideas: anticipation, graduated interval recall, organic learning and core vocabulary. It might be primarily an audio course, but there is a lot of fascinating language science here to get engaged with.

There are three Levels to the main language courses, with each Level containing thirty 30-minute lessons. 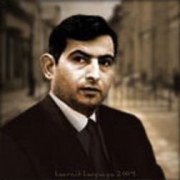 These lessons are presented in a way that you may not have ever come across, with some solid scientific backing behind the core principles of learning. You are advised, for the optimum absorption of the information, to take one of these 30-minute lessons a day.

This is certainly something to be aware of if you have a family, work, or other commitments, as this might not seem like too long to give to something every day, but the actual practicality of setting this time aside just might not be possible for you. Still, if you do find yourself struggling a little bit, don’t give up on this course. It is one of the best courses to take for foreign languages, and even if you find that you don’t have as much time to give to it as you would like, it is still worth taking your time and not getting disheartened.

This is primarily an audio-aided method of study, though there is also a textbook for short reading lessons. It seems as though this is included so that the designers of this course to be able to say that this course has a focus on writing as well, which not many do. Still, regardless of the reason for its inclusion, it is quite nice to feel as though you are attempting to use the full set of skills within learning a language, and it is true that not many foreign language courses even attempt to work on the ability of writing a language as well as understanding it.

On account of the quite different way that this course is run compared to other courses, I am going to run through each of the four core principles of this course and explain exactly what they are and how they are used.

1) The Principle of Anticipation
This is what I found to be the most interesting aspect of the course, and it’s certainly the one that you will hear the most about. Instead of using the method of listen, repeat, repeat, repeat, Pimsleur developed a method where the student is challenged to say a phrase, and then is corrected on it. This might sound similar to other methods that you have used in the past, but this is considerably more encouraging of independent thought. It requires you to be much more active in your responses than merely mimicking a tutor. 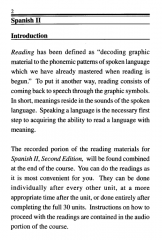 2) Graduated-interval recall
Pimsleur also developed what is called a “memory schedule”, which is basically the idea that there are points at which, if something is not thought of again, it will disappear from your memory and be dismissed as not useful. He hypothesized that these intervals come at: 5 seconds, 25 seconds, 2 minutes, 10 minutes, 1 hour, 5 hours, 1 day, 5 days, 25 days, 4 months, 2 years. This means, in terms of this language course, that anything that you learn is tested frequently at first, with longer and longer intervals between tests. It helps you to remind yourself of the words and sentences before you might forget them, so as to make sure that they are considered important enough to retain in your memory.

3) Organic learning
This is essentially just a way to say comprehensive learning by listening. Grammar, vocabulary and pronunciation are all given an equal balance of focus, through the medium of audio, in order to provide an all-encompassing learning experience. Children learn primarily through listening to adults when they are younger, so it is argued why not learn in this manner instead of the way that we have just decided to teach foreign language. With that in mind, this course is not something that you simply take up to learn for a holiday; this program is a great start to becoming fluent in a language.

4) Core vocabulary
Every language has a core vocabulary or, in other words, a set of words that we use most frequently in our daily lives. 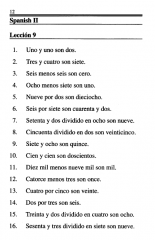 We may know plenty of words and have an incredibly far-reaching lexicon, but that doesn’t detract from the fact that when talking to people, we will still all use very similar sets of sentences and words if we are speaking to someone in our own language.

Instead of filling up the learners mind with words and phrases that they just wouldn’t use if they were a native speaker, these lessons focus on learning around 600 of the core vocabulary words of a language in a much more useful manner than certain other programs of this kind that just throw words at you and hope they stick.

An interesting point to make is that from the very first lesson, you yourself have to engage with what is happening in the lessons. You can’t sit back and let the lesson happen; you really need to focus on what is going on. This is why I have out-lined the exact methodology here; because it is quite different from other methods of teaching, you do need to think about whether this is exactly the right package for you.

However, I have been using Pimsleur for years, and have known many others to take up courses with them (one of my old students is on their fourth language with them!) and the up-side of all this impressive science is that they really do seem to work. With 45 hours of this kind of tuition, and in such a neat package, it would be surprising if it didn’t.

This program is in the lower-middle price bracket, but then that’s pretty much what you would expect for what is, after all, an audio-based course. And yes, it would be easy to argue that because this is just an audio-based course that it isn’t worth this amount, but that is certainly not the case.

What you are paying for here are some clever, scientifically sound ways of helping your mind to learn something new. It isn’t necessarily the content that you’re paying for; it’s the way that this content is being delivered to you. Of course, you could risk buying a less well-known brand, or sticking with however it was that you learned in school, with language labs and the phrase-repetition method of learning, but if these methods haven’t worked for you so far, then they probably won’t work for you now.

It’s easy to stagnate when it comes to languages, and if you think you might need a fresh approach to the way you have been learning, then this is certainly a good bargain for what you get. 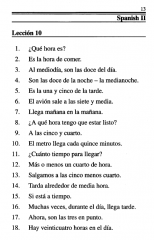 Another point to reconsider is that of how much of the language you feel you’ve come away with. The value of a language learning course surely has to include some mention of how much language you will actually learn, and here unfortunately is where the program lets itself down a little bit.

While you probably won’t have much difficulty in getting to grips with the methodology employed in this program, you might be disappointed at how much you actually have learned. Make no mistake, the things that you do learn will be learned very well, but the range is not particularly wide for the topics discussed, and at the end of the course you will feel as if you’ve barely scratched the surface of the language.

Still, if you’re looking for a course that isn’t phenomenally expensive but still gives you the taste of a language, excellently presented in a way that you can really get to grips with, then this is still the course for you.

This course is a great way to begin learning a language, with extra emphasis on the word “begin.” The methods used are probably going to help you learn in ways that you have never learned before.

The real focus here is on how to begin immersing yourself in the language and doesn’t necessarily take you deeper into the culture or the language. Unfortunately, this means that you will probably still be at beginner level by the end of the course. Due to the primarily audio nature of this course, it is also not particularly suitable for children.

While this course doesn’t just target the tourist, and there is clearly a lot more to be discovered here, it is not for someone looking to become fluent in a language by the end of the course. On the other hand, this is not something that is ever advertised by the makers, and if you’re looking for a program to inspire you with language and be learning-effective, then this is definitely a good one to go for. 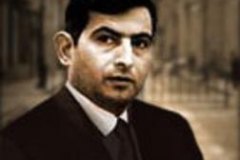 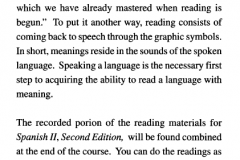 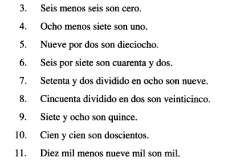 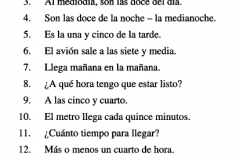 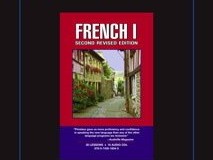 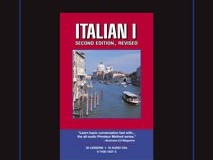 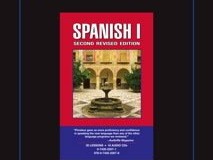 Avoid this language course. There are much better options out there that are far, far less expensive. The program centers around audio recordings that sound like they were made in the 1970′s coupled with a book that was scanned to .pdf when adobe came out. The app has you listen to and speak back to the audio, and then later you get some reading lesson that is supposed to couple text and recorded prompts, only they don’t work together. Audio or text, but not both at the same time.

Granted, I tried to get a refund after the 30 days was up, but I paid nearly $400 (with discounts applied) for 4 levels of learning and gave up in frustration after 20 lessons in level 1. A very expensive mistake on my part. I hope that they spend my money better than I did.

Steve Danskine
Rated 5 out of 5

Pimsleur is very much appreciated by many users since it is really effective. Personally, in order for me to understand Spanish better, I apply the following techniques: use the Pimsleur CD, study grammar and converse with native Spanish speakers or any type of immersion that you can think of. Pimsleur is efficient since it tests your memory, applying a method called graduated recall. If you are able to play the CDs while you are travelling, then you will have a good chance at becoming excellent in the language.

My own approach of studying compels me to understand the grammar aside from what I am heeding, so I bought Barron’s Spanish the Easy Way. I also have a number of grammar texts that I bought on Amazon after seeing the reviews. A tool that I really suggest for you to purchase is the electronic Spanish dictionary, which is truly essential. After you have acquired one, you will seldom use the hardcover edition. I bring this in my pocket at all times and find myself using it frequently. You can Google this to find one that is suitable for your needs.

for me is very hard to learn new language. I tried to learn Spanish on my own without help from a teacher or friend and it didn’t work. then I discovered pimsleur and it worked very well. I wont say that I speak Spanish now but what I learned is very good base for further more advanced learning. now I know about the structure of the language which is very helpful. I don’t know is it the best method but for self teaching there is probably no better one. don’t think its easy. for someone maybe but as a said I am slow language learner and had to listen to some of the lessons 4-5 times before I go to the next one. it took me not 1 but 3 months to finish the 30 day course but I am happy.